With the magic of midsummer comes the magic of dragonflies. Their gossamer wings, narrow body and big eyes make them seem like they come from the Land of Fae I imagined in my youth as being all wee and cute.

I have many memories of lazing on the lake on an inner tube or raft and having one or more landing on me, as if finding an island on their long journey over the water. Some would stay for many minutes. Seeing them reminds me of those warm, long days.

To hold on to that essence of summer and the solstice – as the cold and the dark begin to slowly but steadily creep in – make a dragonfly or two or three. 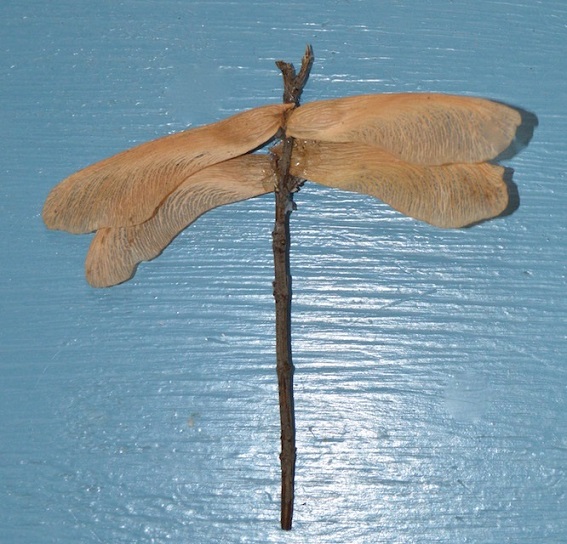 Gather dry maple seeds and tiny twig pieces. Stand the stick up in a short container of sand or similar material. Put a dab of hot glue on the seed pod end (I compressed the pod first) and attach to the twig, holding for a few moments until the glue holds. You can then add color with paint or glitter. If I had had beads handy, I would have put two on for eyes. 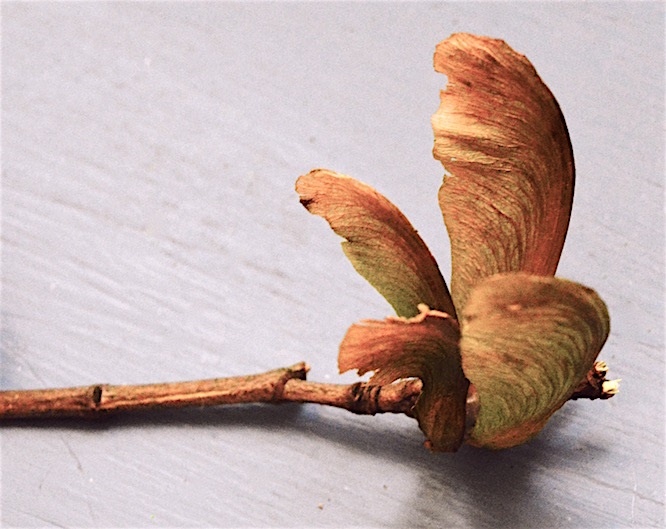 If using tacky glue, place the seeds on your work surface with end touching, add a drop the glue and rest the twig on top unit the glue dries.