Being a huge Fae Fan, when Nigel Suckling’s book Faeries of the Celtic Lands plopped on my desk I was very excited, but also very guarded.  Having read a variety of Faery books, I expected this book to be much the same….’historic’ tales of Faery encounters, a brief dictionary of the Fae & Fae Clans, a bit lacking and usually a bit wrong.  I was pleasantly surprised by Nigel Suckling’s Faeries.   Nigel takes us through the world of Fae that Fae Fans dream of entering.  So complete in his writing Nigel Suckling takes us through the world of Fae from historic records of their first appearance, to the Celtic deities related to the Fae, to details on each clan of Fae like other writers have failed to catch.   If you are looking for an excellent book on Fae & Celtic Mythology I whole heartedly suggest reading Nigel Sucklings Faeries of the Celtic Lands.  In a  world full of boring Faery encounter books & fraudulent faery books, Faeries of the Celtic Lands is a refreshingly, educational alternative!  Nigel Suckling is quickly becoming one of my favorite writers and having read one book I am already looking forward to his others.

Nigel was nice enough to take time to bless us with a wonderful interview delving into his personal life and his work.  Talking with him the past month, I found him to be as great a person as his books are.  Here is the interview: 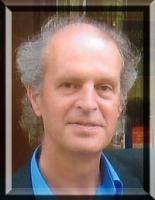 Thank you for taking the time to speak with us & Our readers!

First tell us about yourself, Nigel Suckling.  Where are you from, etc…

I was born in Southern Africa in the closing days of the British Empire. I came to England at just 16 with the intention of finishing my education as quickly as possible and getting back out there, but within a couple of years I was seduced by the place and have happily stayed ever since, living halfway between London and the south coast.

How many books, to date, have you published? Can you tell us briefly about them & on what subjects they are.

I’ve lost count of the number of books overall because many involved interviewing artists for the texts of what were essentially their books rather than mine. But of those in which the writing played an equal or greater part I think it’s coming up for about twenty. The first book on which I was given a completely free hand by my publishers was one about unicorns which I wrote for the artists Linda and Roger Garland to illustrate. It remains one of my favourites.

I have read your book Faeries of the Celtic Lands, the first question I am sure, readers will want to know is do you believe in Faeries?

Tricky question, but the short answer is yes of course because otherwise why would I write about them?

Have you had any experiences with them or seen them?

Apart from at the Faery Ball in Penzance last year, I can’t really say I’ve bumped into many that I could pass the time of day with . Nor can I say I’ve ever seen one in the flesh for certain, but there have certainly been many times and places when I have felt their presence and would not have been at all surprised if one had suddenly materialized in front of me.

Of all the Fae around the world what drew you to Celtic mythology & Fae?

My mother’s family were Irish, despite having lived in India for several generations as members of the British Raj, so I grew up believing absolutely in leprechauns and crocks of gold at the end of rainbows and so on. Even when that faded I was left with curiosity about Celtic mythology which leads inevitably to the Fae. There is a quite distinct quality to the Celtic attitude towards faeries that gets you much closer to them than, say through Greek or even Nordic mythology, even though the faeries themselves are essentially the same everywhere.

What compelled you to write Faeries of the Celtic Lands?  You mention in the prologue your fascination with Fae and Fae Lore, where does it stem from?

The main impulse was that in the many years I spent delving into Celtic mythology I could find no clear overview so that is what I wanted to do with this book. My fascination with Fae lore in general I can’t really explain, it’s just always been there.

When discussing Faeries, Pagan Lore & Beliefs always pop up, are you yourself Pagan?

A few years ago I had to go into hospital for an operation and at some point a nurse asked what religion I was. I was tempted to say ‘pantheist’ but then realized that of course she only wanted to know what kind of priest to call if it all went wrong, so I just said ‘none’. Pagan is probably the best description of what I am but I find the mystical aspects of all religions fascinating, including the Bible faiths. They’re all trying to unravel the same mysteries.

Above my desk I have a detailed schematic of the Celtic year which is kind of my road map to life.

Does your spiritual path affect you as a writer?

We’d like to know a bit more about you, the person.

You’d have to ask my wife really, although when someone did that the other day she said that after thirty years of marriage she still has no idea what makes me tick.  Perhaps that’s why we’re still together.

What drew you to your profession?  Have you always wanted to be an author?

Pretty much, from the age of about 20 anyway. Before that it was just one of several possibilities. I was interested but it didn’t seem a very practical way of making a living. Which is true enough, but I went for it anyway because for me there’s no feeling like the arrival of the first copies of a new book. Not just the physical sensations like the smell of freshly printed pages, but that feeling of having just plucked ideas from the ether and turned them into something concrete that complete strangers can pick up and share.

If you could choose any other profession, what would it be and why?

An artist maybe. Originally I was equally interested in art and writing but only the writing proved popular. I did draw the Celtic picture border in Faeries though, and all my books have a lot of art in them.

How do you decide your topics for your books?

Given the choice, I just go for whatever’s at the top of my list of interests at the time, which was the case with Celtic Faeries and its follow-up Book of the Vampire. There are always several possible books hovering at the back of my mind and many more sketched out in the Ideas file. Publishers quite often approach me with an idea though, and if it excites me I’ll happily go with that. So far they’ve always been topics I’ve wanted to tackle anyway.

Do you have a favorite book/author?

Closely rivalling Tolkien is Canadian author Robertson Davies whose Deptford trilogy completely astonished me when I first came across it by chance in the late 80s, attracted purely by the cover. He produced a string of equally wonderful novels up until his death in 1995. What I love is his ability to bring out the magic and wonder in the everyday world.

Do you have any “Rituals” for when you write?

Of course, but nothing very formal. Washing up, for instance, is an almost necessary stage in clearing the mind for a day’s writing and a useful therapy for whenever I get stuck. A friend called round once and asked why I was doing the washing up when I was supposed to be sweating on a tight deadline, but often it’s more fruitful than just hammering away pointlessly at the keyboard.

Are you working on anything currently?

Several things. A couple of projects are far too fragile to talk about yet, but one is another book on fairies, much more light-hearted this time. With Celtic Faeries I wanted to look into the deeper, serious side of Fae but of course there is also a purely fun side which is what I’m now exploring. It’s a kind of practical guide to fairy-spotting.

Thank you so much Nigel.  I look forward to reading your upcoming books!!

If you would like to know more about or read updates on Nigel Suckling, you can visit him on his site: