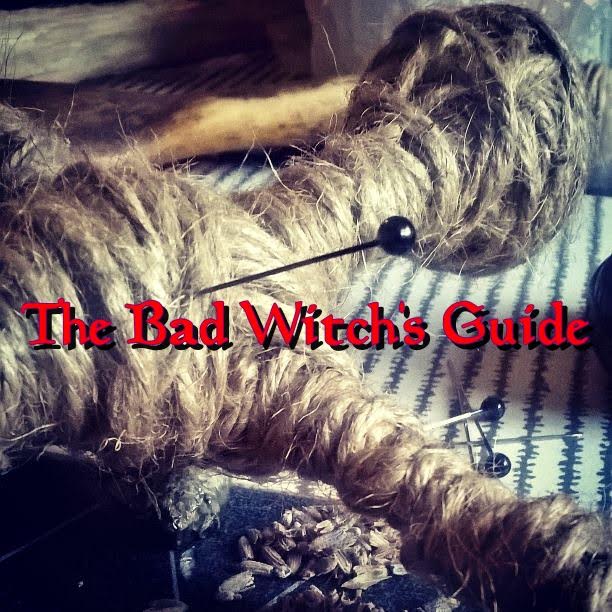 I am a bad witch. There are a long list of reasons why I am a bad witch. Having been out of the broom closet for some considerable number of years I would on occasion get asked “but you’re a good witch though?” My response to that depending on the person asking but I found I started to say “yes, a very, very good witch” rather darkly as it usually got the point across.

I used to have a rock collection as a kid. I always wanted to “take a piece” of special places I visited home with me. I was particularly fond of smooth round white pebbles that looked like the moon. I like fossils and interesting formations. My mother threw it out one day when she dropped it on her foot. I got back into crystals when I grew a little older, I even did a course at the local college about crystal healing. That would be about 1996. It was a day course, I learned how to program a crystal, how to cleanse it and how to channel energy through them. It all seemed quite natural to me and reminiscent of how I felt stood on my mountain (it was not really my mountain). It was also “all about vibration” which also made sense to me as someone who’s how life had been immersed in music.

The stones were “singing”, each voice being a little different but able to be “tuned” and harmonized with people and other crystals. When I left home I began to collect again. I managed to get some really lovely pieces (which I would never be able to replace) from large lumps of lapis but two large natural quartz points (a male and female) that I used to heal with for years. I thought I was pretty good with crystals. I had my personal stash and a “work” stash. Something I have to this day. It was only when I met my darling husband did I learn that while I do know a lot, and have worked with crystals for years it’s at a very different level than him.

(Ludo from the movie Labyrinth)

I tend to joke that he is like Ludo from Labyrinth. He seems to be able call rocks to him, they just throw themselves at him. Rocks don’t just sing for him, they claim him as one of their own! I lost quite a few crystal early on this way!

As you might imagine our house therefore has a LOT of crystals in it. There’s the large lump of fossilized tree “we” found on a walk in some gravel by the side of the road, just sitting by my computer monitor. There are the two large basalt rocks from Hastings beach just in front of me (one of which I named Gerald because why the hell not). Not to mention my large lump of rose quartz at the end of the bed. Or the huge holy stone, Shiva stone, desert rose, and natural amethyst point I can see currently on my altar.

So what can a Bad Witch teach you about crystals? Well firstly anyone can find a way to work with crystals. Your way will be different to my way and almost certainly different than my hubby’s but that doesn’t mean that what you are doing is wrong. Beware of anyone who tells you otherwise too. Secondly be careful where you buy and gather from. Some crystals are extracted in some really environmentally unfriendly ways. Some stones are even reformed (by grinding them up and putting them in resin), dyed or heat treated. If you are going to gather your own, don’t be a jerk. Take a few but not just from any one spot and always with permission if it is needed.

Some stones are toxic and dangerous. Certain kinds like fluorite, or malachite get their gorgeous colour from toxic chemicals (like copper carbonate hydroxide) and are sensitive to acids or even just moisture. Buy a good book. The Crystal Bible by Judy Hall is still one of my favourites. This means that when someone tries to sell you something that it clearly isn’t you can also be the Bad Witch who gets kicked out of the hippy shop for knowing when someone is bullshitting.

Start with one or two. The first are usually quartz and amethyst, but equally you could start with flint or basalt. Work with them. Take your time and find out how you connect with them.

It might be through touch, are they “hot” or “cold”? Do they have a “buzz” to them? Or a kind of silence? Do they “sing”? Are they like glowing bubbles of light and colour? Or something entirely different?

I think it’s difficult to work with crystals if you haven’t done some kind of meditation work. After all how will be able to tune into something else, if you don’t know what your frequency is? I also happen to think that practice makes better. An unassuming lump of rock from a beach you have worked with and connect to is going to do what you want a lot better than something expensive shiny from a shop. (Gerald helps me disperse pain really well and sleep when I need it.)

Most crystals you buy (and often ones you find) will need cleansing. If you can (and most especially if they are bought tumble stones) warm soapy water is a good call (the general public do like to fondle crystals, and they are also generally gross). If you can’t use water (for toxicity or damage reasons) you can swab them with certain oils, smudge them with sage other cleansing herbs or with light (like sunlight or moonlight, being aware sunlight can change the colour of some crystals).

Certain herbs and oils work really well with crystals (like moonstone, mugwort and jasmine) and don’t be afraid to read more than one book as I have known things in books to be wildly different from each other, and even from my own experience. Sing to them, play music with them. Make beautiful patterns or shapes with them. Carry them with you. If nothing else they are beautiful (and you can throw them at annoying people, only kidding). You are a piece of the sacred earth with you as She carries you.