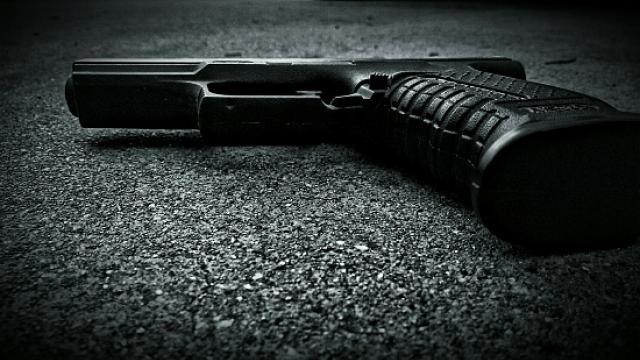 Not all women are mothers; but, all mothers are women.

In the wake of yet another mass shooting of children, by a young man who, for all intents and purposes, was also a child, what do we do?

As women, as mothers, who carried these children within us, and birthed them into life, each death is a pang in our hearts. They are not our children, and yet, they are our children, each and every one of them – the children who were and are murdered. The child who is the murderer, is also our child as he, too, has suffered. This includes the adults who have been killed, as they, too, are someone’s child.

Help for those who are mentally and emotionally ill is almost non-existent in this country. Ask any parent who has tried to get help for their child. They know, they can tell you. Mental health care is a joke, and help is hard to come by and they wash their hands of your problem as quickly as they can. If you do, by some chance, find someone to help, your insurance may or may not cover it, and then where do you turn?

Yet, are these all cases of mental or emotional illness? Each time this happens, that is what we are told and the government speaks about making it harder for those who are mentally ill to get guns (never happens). While some of them may actually be mentally ill, as I don’t believe someone without issues of some sort would deliberately go out and murder; yet, this is still not a full answer. Most of these shooters are young, white and male, again something the government downplays. Imagine the outcry if one of these senseless acts was perpetrated by a young man of color. We would never hear the end of it. So, we have young, white males committing these murders and it always is “he’s mentally ill”. Yet, there are women out there who have mental illness, white women and women of color and yet, they do not commit these violent murders of innocent people. So, blaming it completely on mental illness is missing a large part of this picture. We may never really know the missing piece, as they so often take their own lives.

Past tragedies such as this have taught us that the Republicans will do nothing to control the sale of weapons in this country. Too much money flows into their greedy, little pockets; money that they are loath to give up. The Republican base sees “liberals” and “progressives” and worst yet, “democratic socialists” coming to take their guns. They don’t listen to what is said. No on wants to take your damn guns, just tighten the controls on them so it is harder to purchase them and eliminate the purchase of assault weapons. Why does anyone *need* an assault weapon? I admit that I am anti-gun, but I still would not be in favor of taking guns away from those who have them. I am very anti-hunting for the killing of animals – vegetarian-vegan here – but I know those who do and enjoy it. That is their choice to make. I also know those who own guns but are in favor of stricter gun controls; one immediately comes to mind. Why does he understand and others do not?

A couple of years ago, as things began to go downhill in this country with the campaign of the current person in the White House, I wondered, where were the young people? I remember the 1960’s well. Teenagers, and young adults were out there in the forefront of the protests against the war, the marches for women’s equality, civil rights marches where human beings were beaten and hit with water from forceful hoses, just because they were people of color. If I close my eyes, I can still see the clip that was on the news. They were beaten and brutalized by the police and the National Guard, who were there for their “protection”. They were arrested. But they persisted.

Children died then, too, at Ohio State and during lynchings in the South.

Now, finally, out of this tragedy in FL, come the children, these teenagers who lived through and survived a shooting at their school, a place where they should feel safe, a place where their friends were brutally murdered.

These kids are fighting the good fight, and I hope they do not get discouraged because they have a hard journey ahead. But journey on they must, and in the process, encourage and support other kids all over the country, and the world to stand up for their principles, for what they think is right. If they get suspended for walking out of school during a protest day, as Texas has said they would do, don’t let that deter you. Continue your fight.

Those politicians who have accused these children of being actors, or shills for the Democrats, or doing it for attention are digging their own political graves. These children, these teenagers, these American citizens, will one day, in the very near future, be voting, and guess who will be voted out. We won’t say good bye, but good riddance and don’t let the door hit you on the way out.

So, as women, as mothers, we must support these children in what they are doing, march and protest along side of them, encourage them to stand up for their beliefs, what they know in their hears to be the right thing. What they are doing may deter future tragedies, future cold-blooded murders and even more parents having to bury their child.

*(ADDENDUM: The opinions and feelings in this article are those of the author only and do not in any way represent the opinion of PaganPagesOrg.)