Notes from the Apothecary: Marigold

The marigold is a complicated puzzle to unfurl. True marigolds, tagetes, originated in North America and found their way back to Europe via Spanish and Portuguese explorers. Yet the plant we most often call marigold is actually calendula, which travelled the complete opposite way, arriving in America from the Mediterranean hundreds of years ago. The two types of plants are not botanically related, so calendula lovers, I’m sorry, but keep your eyes peeled next month. This month it’s the true marigold’s chance to shine.

Marigolds are striking and beautiful, with yellow and orange petals that come in a fascinating array of shapes. They bring a ray of sunshine to any kitchen plot, and help ward off many unwelcome visitors, including mosquitoes. They are particularly effective at ridding the soil of nematodes. They also do well in very dry conditions, particularly African marigolds, so are easy to care for.

The petals of marigolds are normally edible (as always, double check with an expert before you eat any wild flower) but they don’t all taste the same. Some are quite pungent, whereas others are citrusy and light. They make a wonderful, colourful addition to salads and cocktails, or as a garnish for just about anything you can think of.

On the Modern Herbal site, Rita Jacinto has written a fascinating article about the marigold, including some interesting tidbits on their medical uses. She states that the marigold is an herb and that it contains lutein, which I know as a chemical which can help reduce eye damage, particularly that associated with aging. She also tells us that in India, marigold leaves are used for wounds, abrasions and even conjunctivitis. As always, consult a doctor before changing any medication.

Cunningham, in his Encyclopedia of Magical Herbs, told us that a garland of marigolds over the door would prevent evil from entering the home. However, he also named ‘Marigold’ as calendula officinalis, so he wasn’t talking about our true marigolds, the tagetes. Finding lore about the true marigold can be tricky, as many writers confuse the two plants, but they are so different botanically that it’s really worth trying to ensure you have the right plant for the job at hand.

Marigolds were used by the Aztecs to decorate temples and other sacred spots, and they are still used to this day to decorate graves in Mexico, and during Day of the Dead festivities. Just like the bright orange monarch butterflies are said to represent the souls of the dead visiting us for a brief time, maybe the bright orange, yellow and red of the marigold petals represents reaching through the veil, into the beyond, to talk with our dearly departed. They represent pain, loss, and trauma, but also dealing with these things positively, facing your painful emotions and not hiding from them or repressing them. They remind us to never forget, and that the past, history, or those we love will never die while we remember.

The marigold is associated with the month of October, probably because it has such a long flowering season and can often still be found in full bloom even as the autumn evening start to draw in. If you manage to collect some flowers before Samhain, try hanging them to dry, and you’ll have delightful yellow and orange flowers to complement your sacred space over Samhain.

Marigolds also represent love, fierce loyalty and the contentment you feel when you are with someone you truly feel comfortable with. Meditate on the marigold to understand where your true feelings lie about someone, or a group of friends.

The Latin name tagetes comes from Tages, the Etruscan prophet who taught divination. So it makes sense that the marigold is associated with magic to induce visions, see the future, prophetic dreams and psychic abilities.

Marigolds are sometimes used in Hindu ritual and religious decoration, so if you are influenced by Hinduism marigolds may hold great significance for you.

If you’re a fan of home dyeing, marigold petals are known to give a gorgeous, yellow colour. This can also be used to colour foods such as desserts or cheeses, so they are really handy for the keen homesteader. Chickens who eat marigolds will have a richer colour to their egg yolks.

During Lughnasadh, or Lammas, use marigold blooms to represent the sun on your altar or sacred space. They represent the south, fire, and the endurance of the sun through the colder days that are coming after the harvest is done.

In parts of India, marigold flowers are given as offerings to the God Vishnu.

She is the author of A Modern Celt: Seeking the Ancestors and Pagan Portals – Celtic Witchcraft: Modern Witchcraft Meets Celtic Ways. 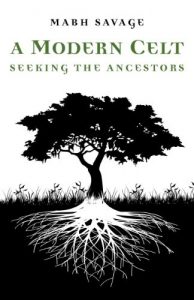