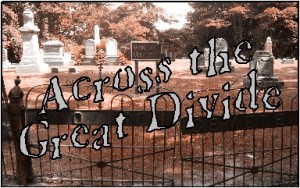 “The Fine Line Between Believer and Skeptic”

I’ve been doing a careful dance as of late on a very thin tightrope.
I have been skeptical, highly critical, and utterly blatant lately in calling out bullshit when it comes to ghost hunting and paranormal research news. However, I want to make it clear that I am as much a believer in the field and open-minded when it comes to the possibilities posited by the many theories as I have always been. That’s because I believe in the existence of those possibilities and that we, as a species, do not and can not know everything about the universe in which we exist. Our collective understanding of how the universe works is akin to the collective understanding of science to the participants in a fifth grade science fair. Every answer only leads to more questions.
Who among you could blame me for being a bit miffed when there is a definite negative correlation between merchandising and the amount of real science these so-called reality shows share- such as a new video game based on that joke of a show, Paranormal State? That’s right. A video game- as if science needed further mocking. Last month I talked about amateurs playing scientist, but now you can- quite literally- play scientist and think that any of the phenomena or “history” experienced in the game will translate over to the real world of science.
Legacy Interactive, A&E Television, and developer Teyon released Paranormal State: Poison Spring on the iPad. In the hidden-object adventure game, available to download for free on the App Store (and a full Collector’s Edition priced $6.99), you can team up with the show’s stars to “investigate” a “terrifying supernatural event” at Poison Spring State Park, the historical site of a horrific Civil War battle.
The gullible continue to frolic through a brightly lit open field, pointing in awe at everything; while the staunch skeptics stumble through the dark, so blinded by their narrow vision that they can’t even see the light in the distance. A smart researcher knows that the road to the truth lies midway between cynicism and naiveté.
For example, do I believe in the possibility that the living can communicate with the dead in real time? Yes. However, the experiences of spirit mediums are highly subjective and the chances of proving those experiences are about as good as being hit by lightning twice. 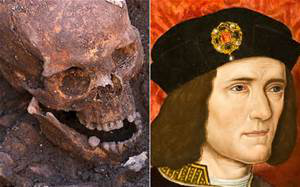 That didn’t matter to a team of ghost hunters known as Haunted Heritage from claiming during a visit to Donington le Heath Manor House near Coalville, Leicestershire, to have made contact with King Richard III after holding a séance by the bed where he spent the night before he died. The site became a beacon for ghost hunting groups after a skeleton found in a Leicester car park last year was identified as the remains of Richard III, sparking newswires and interest worldwide.
Their night at the 700-year-old house was a complete bust (something that happens more often than not in real investigations) until they entered the chamber where Richard slept before his fall at the Battle of Bosworth in 1485.
When members of the group shouted out “What is your name”, they say a man’s voice clearly replied, “Richard”.
That sounds legitimate, right? After all, he must have been the only man in the whole of written history with that name or something similar, not to mention that the mindset of the investigators had that name foremost on their minds and could have subconsciously thought or spoken the name, thus triggering the captured audio.
The medium in question, Gill Hibbert, was quick to point out that they were “being careful” about saying it was Richard III himself because they can’t prove it and are trying to employ a historian to look into other Richards who may have lived in the residence. Of course, they define “being careful” as plastering the name and the “evidence” all over the internet from their Facebook page, to their website, and all over YouTube; not to mention the various news and media sites covering their story.
The group’s “proof” of this contact? A response on the oft-maligned Ghost Box, a device that’s been routinely slammed by numerous members of psychical research, myself included.
At least the group put their data out there for the world to mull over. Here is a link to the group’s YouTube channel and the audio clip from their session. There is no mention as to whether the audio has been modified in any way (such as removing noise and hisses); had elements or volume enhanced; what the variables were; who were all those present; or what environmental and weather conditions were in effect at the time of recording.
The clip is only 34 seconds long and “Richard” only speaks at the :16 mark. I asked a credible and knowledgeable source on British history what she thought and if the speaking style would have been consistent with the late 15th century. As it turns out, whoever set this up did their research. I share in her summary that “it’s bollocks, but it’s well-researched bollocks.”
The pattern would have been Midland or Rhotic and somewhere between Welsh and the Deleware Islands, but, in her opinion, the accent being from Richard III’s time is believable.
From a purely scientific standpoint had the variables of the event been charged enough for his spiritual energy to become trapped in this dimensional plane, after 500 years it would have dissipated so much that the man known as Richard III no longer exists, nor could he communicate with them or anyone else.
As always, I’ll leave it up to you, my informed readers, to weigh the evidence and draw your own conclusions. If you have an opinion, please share it below and join the discourse of scientific discovery.