Last time, I spoke of the Five Paths of Wisdom within Kundalini Yoga, the yogic tradition that I follow.

This month, I will be talking of the Four Paths of Yoga, in general.

Karma Yoga is the path of action. It is represented by mindfulness and service to others. It is very good for those whose personalities are more outgoing. Those who practice Karma Yoga give no thought to themselves or to any type of reward for what they do. They do the best that they can, tuning in to their own inner teacher and to Divinity itself.

“Karma Yoga is the selfless devotion of all inner as well as the outer activities as a Sacrifice to the Lord of all works, offered to the eternal as Master of all the soul’s energies and austerities.”

Bhakti Yoga is the path of devotion. It can best be described as the path of love and compassion. The Bhakti path, which is a surrendering to the Divine, tends to be a more emotional path, one motivated by love. Mantra and chanting are a large part of Bhakti Yoga.

Raja Yoga is the path of having control over both the physical and the mental bodies. Meditation is stressed, while it also encompasses yoga as a whole. It is also known as the Eight Step Path, based on the Sutras of Patanjali, which include asana, prana, meditation and other practices. The energy raised here is turned into spiritual energy. Future columns will focus specifically on Patanjali’s teachings. 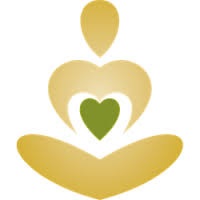 Gyana/Jnana Yoga is the path of philosophy; one of knowledge and wisdom. This can be a most difficult path to follow, as the goal is to experience a union with the Divine. It is best to have mastered the other paths before attempting the Jnana path, as it is one of selflessness, mastery of one’s self, mind mastery, and an ability to deal with one’s inner self.

As has been mentioned in an earlier meditation column, the word *yoga* means “union”, so all of these paths work separately, but optimally, together, to form the whole.