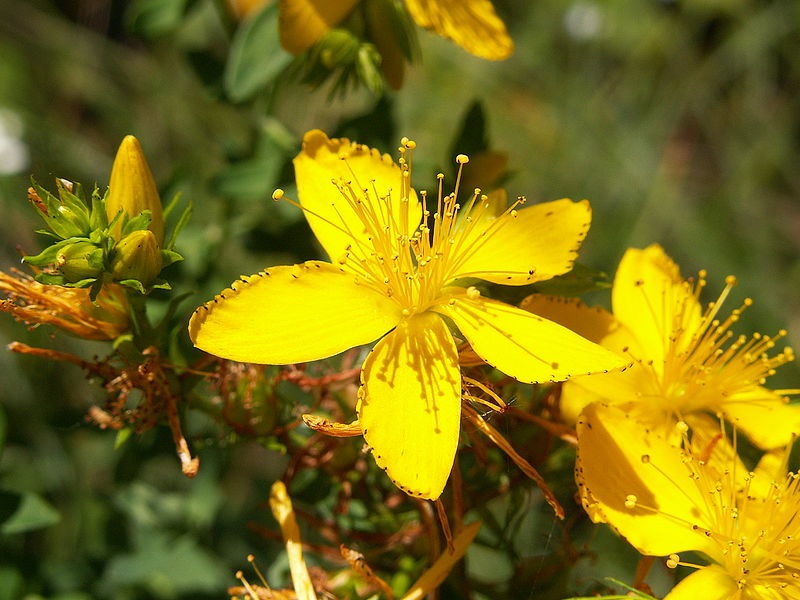 The first of February is ‘Time to Talk Day’, encouraging all of us to talk more openly about our mental health, and thus work towards removing the stigma surrounding mental health conditions. With that in mind, I thought I’d investigate an herb that has a long history of use within mental health: St John’s Wort. Do any internet search for St John’s Wort and you will be immediately inundated with ads for whole food shops trying to sell you ‘Nature’s Greatest Anti-Depressant’. But does it really work? And does the plant have more to it than being a crucial part of the pharmacopeia? There are differing opinions on the efficacy of this herb, but it’s certainly popular and not just among your traditional herb users. It’s even recommended by some ‘mainstream’ medical professionals, and shows no signs of losing its popularity. 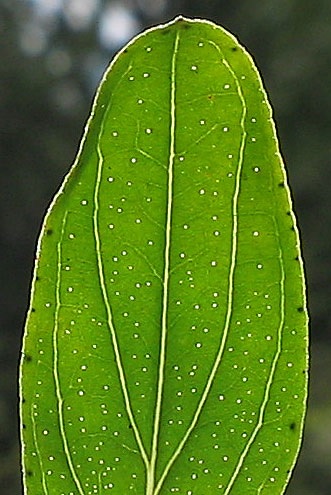 As well as improving your mental outlook, this rather lovely plant can enhance the look of your kitchen garden, with its lovely yellow flowers and delicate leaves. Hypericum perforatum, the plant is distinguished from other hypericums by the tiny dots on the leaves, which look like perforations; hence the name.

I have hypericum at both sides of my house; a huge bush at the back which is a riot of yellow in summer. It attracts so many bees, and you can sit on the back doorstep and listen to the entire shrub vibrate with their activity. I have a smaller plant in a tub at the front of the house, which is the medical herb, but I want it to grow a bit bigger before I even start to think about pulling bits off it. A re-potting is in order I think, as I think it has outgrown its current environment.

St John’s wort is pretty easy to grow. It doesn’t like too much sun, so that shady spot where nothing else will grow is ideal. It does need a bit of light, but really not much at all. The spot my shrub is in gets about an hour of sunlight once a day, and the plant is thriving. It isn’t fussy about soil type, and once established doesn’t need much care. It can self-seed, and may spread further than you initially wanted it, so just bear that in mind.

For those with no gardens, the herb is readily available in whole food shops, herbalists and on the internet. As always, do your research, and don’t buy it if you aren’t sure what it is. This isn’t an herb I recommend eating or using as a decoction purely for refreshment, due to its strong impact on the mind. Keep this one for the medicine cabinet only, and only with qualified guidance.

As previously mentioned, the key issue St John’s Wort is indicated for is depression. Depression is often called ‘the common cold’ of mental illness, but I really don’t think this is a fair description. Yes, lots of people catch colds. But you catch a cold, you rest, you take some paracetamol and after a few days you feel better. Depression is nothing like this. Depression can hit you like a stone, or it can creep up slowly. It can nibble away at you day by day, leaving you strung out and exhausted but still battling on, or it can knock you for six, leaving you incapable of anything. There are different levels of depression, all unpleasant and all needing different types of treatment. That’s why it’s extremely important that you don’t read articles like mine and immediately bulk buy St John’s Wort, as it simply may not be the right choice for you. Speak to a professional or a qualified person, and look at all the options available. Your mind is precious; be kind to it and make informed choices.

The reason many people do choose St John’s Wort, is that is clinical trials, when tested against a placebo and other anti-depressants, the herb was more effective than a placebo, without some of the undesirable effects of the ‘standard’ anti-depressants. St John’s Wort has a particular action on the liver; yet another reason why you shouldn’t take it without medical guidance. It is this action that makes it so effective, yet it also means that it can interact badly with other medicines. It’s a powerful herb, and one not to be taken lightly. You should also speak to your doctor if you are pregnant, breastfeeding or using oral contraceptives.

Having said that, the medical opinion overall (based on various studies, including the Cochrane Report) seems to be that research into the medical use of St John’s Wort is very promising, and anecdotally, many patients have had extremely positive results.

Traditionally the herb had other medical uses too. Mrs Grieve tells us that it as used for bladder complaints, including bedwetting in children. Applied externally, it was supposed to help ‘caked breasts’, which today we would refer to as blocked milk ducts.

An interesting titbit from Grieve’s Modern Herbal is that the name hypericum is from the Greek hyperieum meaning ‘over an apparition’. My Greek is rusty (read: non-existent) so please feel free to correct this; I struggled to find anything to back up Mrs Grieve’s claims, and another source stated it actually means ‘over an icon’ from the tradition of placing the herb around religious statues. It was believed that the aroma of the herb was so strong and unpleasant as to chase evil spirits away.

Other traditional beliefs include the power to protect from lightning. I am not testing this one out. But, I have had St John’s Wort growing near me for many years, and I haven’t yet been struck by lightning… Draw your own conclusions. 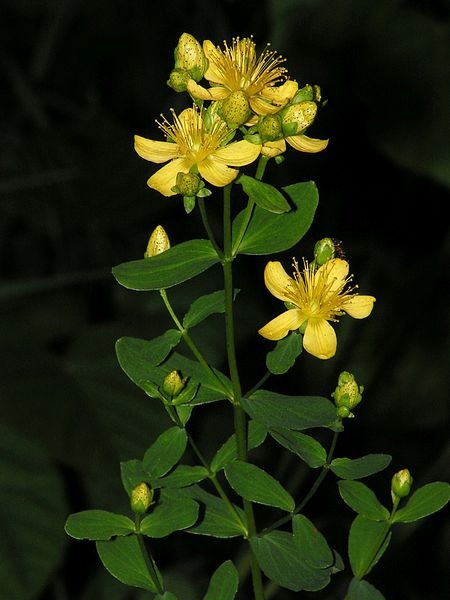 An alternative name for St John’s Wort is Hexenkraut, literally German for ‘witchcraft herb’ or ‘magical herb’. This name is also sometimes used for mistletoe, one of the most powerful plants of the druids (see my article here), which gives you an idea of the potential magical power of St John’s Wort.

As has been suggested by the idea that it can chase evil spirits away, the herb can be used for protection. I believe this is why the herb often pops up in boundaries and hedgerows, as it creates a natural metaphysical barrier to protect the boundaries of one’s home or land. It can also be used to exorcise ‘demons’; generally, I find that the only demons hanging around are manifestations of negativity either from myself or those around me, and St John’s wort is excellent at banishing these. Even just having the bush outside the house makes it so much more cheerful; a very basic but very effective magic.

St John’s Wort is also used in prophetic magic. There is a tradition from Germany, of grinding the flowers between the fingers and examining the colour the oils left on the fingers. The more red the colour, the more likely the practitioner was to find love.

Cunningham tells us the plant is masculine, and associated with the sun, and fire. I wonder if this is mainly to do with its ‘sunny’ outlook and bright, yellow flowers. He also tells us that the plant is associated with the god Baldur, but I wonder if this association is actually a confusion of the German name Hexenkraut, which, as mentioned, also means Mistletoe, the plant that ended Baldur’s life.

The medical usage of St John’s Wort tends to focus around improving mental health, so it’s no surprise that the plant is used to banish negativity and attract happiness. It seems to act on this both in a physical (medical) and metaphysical (magical) way.

Strew the flowers around the boundary of your home for protection against visitors who mean you ill. A sprig of the herb and its flowers in a vase near the front or back door can help keep positive energy at a high within your home.

Your mental health is incredibly important. If you feel low, or you are struggling, please get help. Speak to a professional, and don’t ever, ever start taking medication without getting some qualified guidance first. Just because something is ‘herbal’ does not mean it is automatically good for you, or the right choice for your condition. The following organization may be able to help:

She is the author of A Modern Celt: Seeking the Ancestors and Pagan Portals: Celtic Witchcraft.