When my children were small, I was good friends with a woman whose birth family practiced Orthodox Judaism. We had known each other many years, our children were close and we had each been to many family gatherings. One summer, we were attending a pool party at her house and her parents were in attendance. I went to say hello to her father and then asked him about Lilith, as the first wife of Adam. His response was to look at me, say nothing, then turn to walk away. He never really spoke to me much afterward.

THAT is the power of Lilith.

Who was the powerful woman? Was she a demon? Was she a woman that refused to be subservient to a man? Did she leave Eden on her own? Was she kicked out?

Her origins seems to be rooted in Babylonian demonology. In Sumerian, her name comes for “lilitu”, which means “female demon” or “wind spirit”.

In the Sumerian tale of Gilgamesh, the hero (Gilgamesh) goes to help the Goddess Inanna, who was being beset by demons, one of which was Lilith. This part of the tale was added some 600 years after the original. 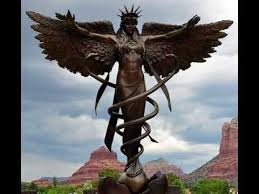 In Jewish tradition, Lilith is a dark demon, but others see her as a dark Goddess, but either way, she is ancient and powerful. In the Talmud, she was described as being sexually wanton and the stealer of men’s sperm from which she gave birth to demons. The Talmud, the book of civil and ceremonial law, states, ““It is forbidden for a man to sleep alone in a house, lest Lilith get hold of him”.

It is in the Genesis Rabba, religious texts with rabbinical interpretations of Genesis, that we first hear of Lilith as the first woman, created at the same time as Adam.

This myth was added to book “The Alphabet of Ben Sira”, which added that Lilith then fled into the desert. Adam complains to God that the woman that was given to him has left. Three angels are sent after her. The angels tell her that she must return but she refuses and says, strangely, that she knows that she was made to harm children, but that if she sees the names of these angels on amulets, then that child will be saved.

Some would say that when she refused to lie beneath Adam, that she was turned into a demon, a succubus, and banished from Eden. For some, she became a sacred whore, beautiful, dangerous, who would seduce men and kill them.

Eve was then created from Adam’s rib, making her made from him, submissive to him and would lie beneath him.

She has been an influence in literary characters, such as in “The Coming of Lilith” by Judith Plaskow, among many other stories, novels and poems. It is said that C.S. Lewis’ “The Chronicles of Narnia”, that the White Witch was influenced by Lilith. There is the Lilith Faire, which raises money for battered women’s shelters and breast cancer awareness.

Girl God Publications has the “My Name is……” series, written for children, where Goddesses who have been demonized, have their stories told in a positive, affirmative manner. The third in this series is “My Name is Lilith“, by Monette Chilson, which I highly recommend.

Lilith has become an icon for feminists who see her refusal to lie beneath Adam as a call to freedom, a rallying cry to break away from the bonds of

She can be looked to for inspiration in being and accepting who we are – strong, empowered, independent women, making our own choices and living the lives we choose.

My Name is Isis: The Egyptian Goddess 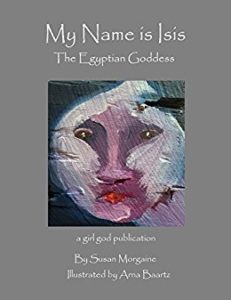