The Big Book Of Numerology

The Hidden Meaning of Numbers and Letters

You know those Numerology books that give you practical advice on how to use the letters in your name and the numbers in your birth date to figure out the best avenue for your career, your love life and everything else about yourself and people you know and care about? This is not that book. To be sure, that information is embedded in this book – way at the end, and briefly – but before the reader gets to that point, there is so much other information that I wonder if the average reader will ever hang in there long enough to get to the end of the book. Therein lies the problem with this book. It definitely isn’t for the average reader. Nor is it for the person who has a passing interest in numerology. This book is for the person who is already educated enough in the spiritual concepts of numbers and letters and the mystical ideas behind them. It’s a heavy book and I’m not saying that because it’s oversize.

Published by Weiser Books earlier this year, this book is apparently a reprinting of the very popular The Secret Science of Numerology, originally published in 2001 by New Page books. Shirley Blackwell Lawrence is also the author of several other numerology books and books about the Cabala. Her books are available on Amazon (of course) and at Barnes and Noble, and at my favorite online outlet, Thriftbooks.com. I am very sure that you can find her books at your favorite local bookstore, as well.

Shirley Blackwell Lawrence is the first author whose book I’ve reviewed who has no presence online – no website, no Facebook profile, no Twitter feed. In this day and age, this is quite remarkable. I really can’t believe it, honestly. I found a picture of her on Amazon – here it is: 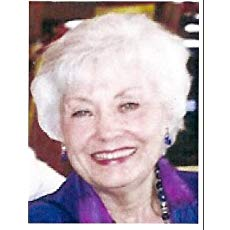 It’s hard to tell the age of a woman just from a photograph but something tells me that she’s around my mother’s age. Just a gut feeling but there it is. Hair style, makeup, jewelry – that kind of thing.

I researched her thoroughly – she was an opera singer! – and a Hollywood extra! – and she wrote a book about Hollywood with her husband, Jeff, who also worked as an extra. While I could not find any factual evidence that she is no longer walking this earth, the back cover of The Big Book of Numerology speaks of her in the past tense. I scanned it so you can see it for yourself: 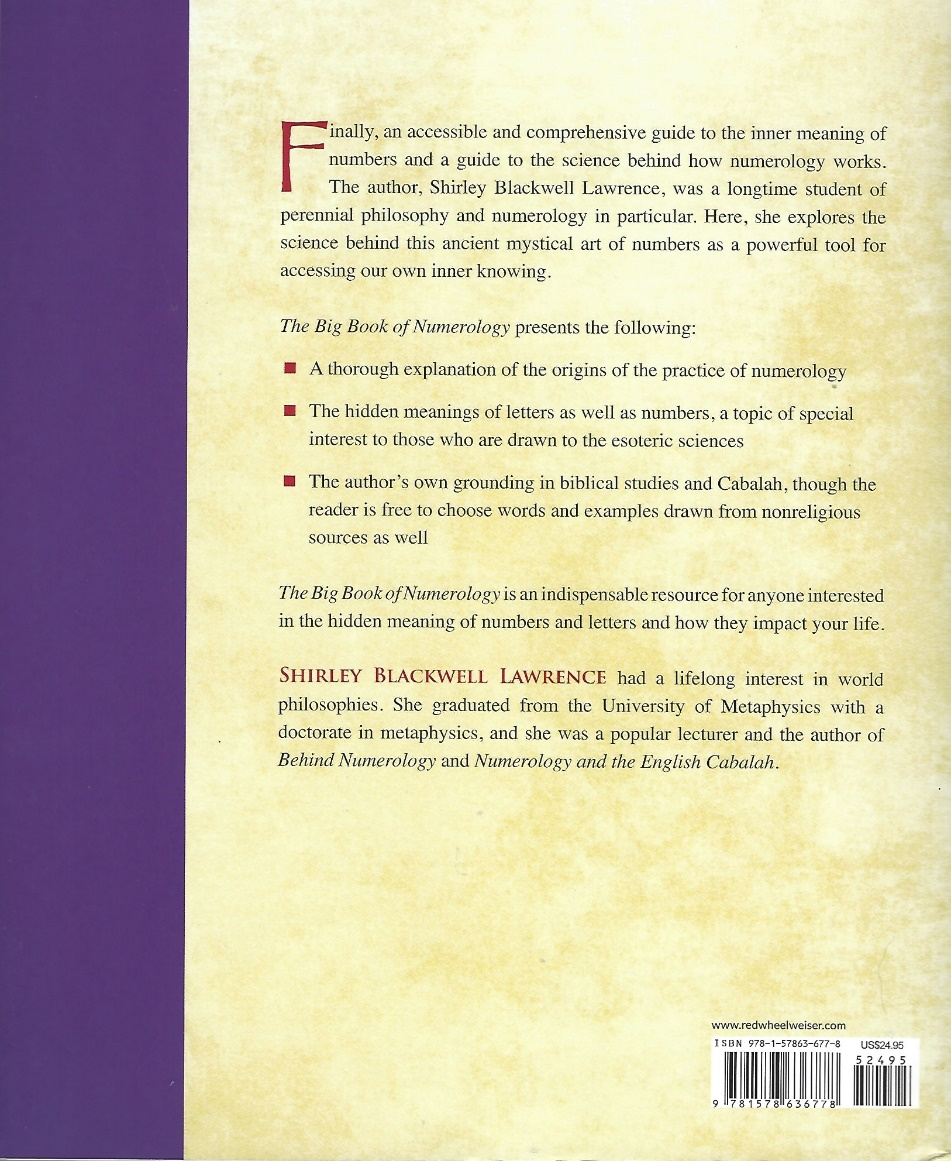 I cropped the author bio so you can see it better:

Notice that it’s written in the past tense. While it doesn’t say that she died this year or that, I find that quite telling. Usually there’s a current picture of the author and the notes about her are written in the present tense. However, it doesn’t much matter if the author of any book is still incarnate or moved onto the next dimension – it’s the words between the book covers that matter. There’s a lot of words in this book. There are also some fabulous charts and figures. I printed out the Tree of Life figure and taped it up over my desk to look at as I wrote this review – I have never been a Cabalist – but I found the interplay of the letters and concepts to be enlightening – there’s a lot to be learned, just by meditating on this figure. Although I personally think it looks more like the nub of a pen than a tree of life. Of course – for us writers – our pens are our lives – so it all makes sense in a metaphorical and a metaphysical way!

I think my main beef with this book is that it’s written from a Judean-Christian viewpoint – if you are Christian, you will love this book – but since this review is being written for PaganPages.org, I think most of the readers here will agree with me that such a point of view is annoying to say the least. And as far as I’m concerned, Lawrence’s constant insistence that the Hebrew alphabet is somehow more sacred than any other alphabet is 1) illogical and 2) insulting. No one alphabet or language is anymore sacred than any other alphabet. So – take the first several chapters with a grain of salt. Think of it as having Thanksgiving dinner with your obnoxious Aunt Shirley, whom you love but who has some outdated politics that you need to ignore if you want to get along with her. There’s some good stuff embedded in these chapters, so please read them. All information is good information, even if it gets on your nerves.

Part Three is where things really get interesting, in my most humble opinion. And I have to stress – if you think this is a numerology book that you can pick up and get instant answers – think again! This is a book that needs to be studied. I think one of the reasons it’s taken me so long to read it is that reason alone – it’s simply not an easy read. But it’s definitely a book that is worth the read.

In closing, I want to stress that while there is a lot about this book that gets on my nerves – the Judeo-Christian outlook and tone, the extremely dense wordiness of the prose – I would still highly recommend Shirley Blackwell Lawrence’s The Big Book of Numerology: The Hidden Meaning of Numbers and Letters to anyone who has a deep and abiding interest in numerology. It is a classic – it’s a book that will go down as one that will be held up as a standard in the study of numerology and numbers magic. Go to your favorite bookseller or library and check this wonderful book out.