The Big Bang itself may be up for debate, but what’s not, is what the universe was made up of in her early moments. In those early moments, the universe was pure energy. According to CERN, The European Organization for Nuclear research, it took the universe (then made of pure energy) about 380,000 years to condense into the first elementary particles, quarks and gluons. Quarks we’re the very first building blocks of matter. The gluons containing the strong nuclear force that holds them together. These atoms were mainly hydrogen and helium, the simplest and most abundant elements in the universe. These atoms formed huge clouds, which got heavier, and large enough to start condensing under their own gravity. These pockets of gas condensed until they formed the first stars, which scientist estimate took about 150-200 million years.

Stars begin as giant clouds of gas and dust. In the beginning though, there was only hydrogen and helium. In order for a star to form, it must be of sufficient mass for the weight of its gravity to fuse hydrogen in its core. Nuclear fusion causes an explosive release of energy, but gravity keeps the star from exploding out, and the force of the explosions keeps the star from collapsing. This perpetual fusion reaction is sustained by the amount of fuel it initially collects from the gas clouds.

When the sufficient mass for the smallest star is about 13 Jupiter masses of gas. When these gas clouds condense sufficiently, fusion of hydrogen starts to occur, and the star is born. At the core of the star hydrogen is fused into helium. The smallest stars have less mass, and therefore less gravity, and burn longer and slower, having a lifespan ranging from 10’s of billions to 10’s of trillions of years. They consume fuel slower, and are cooler, and red to bright yellow like our sun.

At the end of this lifespan the star is almost out of hydrogen to fuse, the core will shrink, and heat up, pushing away the outer layers of the star forming a red giant. It can maintain this phase for a billion year or so. Once the star is almost completely out of hydrogen to fuse, it gets so small and so hot, helium flash occurs and it starts to fuse heavier helium into carbon and oxygen. Once the core is just carbon of and oxygen, it expands into a giant one last time, and casts off its outer layer leaving behind a white dwarf. The ejected material forms a nebula, a cloud of dust and gas the goes on to form more stars.

High mass stars form in the same way, but due to their high mass, consume their fuel much faster, and burn much brighter. They’re blue to white, and are also much hotter, and they have a much shorter lifespan, ranging 10’s of million of 100’s of millions of years. Once a massive star is almost out of hydrogen to fuse, it also starts to fuse heavier elements. Due to its high mass however, it is able to fuse heavier elements than a smaller star, fusing neon and silicon. The star then starts to fuse silicon into iron. Iron cannot be fused to produce any more energy, so the massive star ends up with a stable iron core, and no longer can produce the outward explosion to counteract the gravity acting on it.

In less than a second, the entire star collapses in on itself, in one of the most amazing phenomena in space, a supernova. An explosion so massive that it shines brighter than the entire galaxy. This ejects those heavier elements fused in the massive star into the universe. A supernova also produces other rare elements in the explosion that can be produced in almost no other way in space. Even more massive Stars than this have so much gravity at this time of this collapse, that the gravity is so great, it forms a neutron star. Just a teaspoon would weigh over 150 million tons. Even more massive than this forms a singularity. A point of infinite density. The gravity of which is so strong, not even light can escape. This is what is known as a black hole. 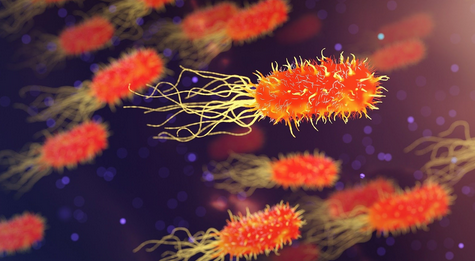 Now that you know iron is forged in the heart of a star, where does it go in our bodies? We all know iron is important, right? But what function does it serve in the human body? Well every animal in the world uses oxygen for cell respiration. And they use iron to bind that oxygen. In humans the molecule that contains that iron ion it’s called hemoglobin. Different animals buying oxygen to iron in different ways, but most animals use a globin molecule. Gloves are a long protein that binds oxygen and iron.

When we take a bath into our lungs, the oxygen in the air binds with the iron ions in the blood in our lungs. 90% of our energy comes from oxygen so it’s rather important. The death of stars gives the entire universe the matter it needs to create. We owe our life to the death of stars. This explains as above so below. It explains how we are a circle within a circle. It explains how that circle it’s never ending.

It explains how the stars became our hearts. And you are the mind and heart beat of the cosmos. The stars themselves run through your veins. You are the universe. Never forget!

CERN is centered in Geneva Switzerland, and is one of the main contributors to our knowledge of nuclear and particle physics today. To learn more visit

Alexiel Raynes is a shaman, philosopher, and musician from Louisville, Ky. He has studied religion and science for over 20 years. His spiritual path focuses on self realization, the liberation of the constraints of the mind on consciousness. He also studies plant medicines and their use in indigenous cultures world wide. He is fascinated with exploring the world beyond the veil of mainstream western science, and postulates at what lies beyond general consensus reality. He, together with his business partner are the owners of Saol Bandia, a holistic herbal apothecary based in their hometown. They are also very active in raising pagan awareness in their community, and helping give witches the courage to stand up to a world that has forgotten our ways.

You can visit their store at Saolbandia.com