Nightside of the Runes: Uthark, Adulruna and the Gothic Cabbala is an exploration of esoteric meanings and correspondences of the runes in two parts. In fact, it is actually two books. Each was published separately in German, Swedish and Italian, then published as one volume in the first U.S. edition. Thomas Karlsson lays out the “nightside,” or hidden dimensions of the runes, through the work of Sigurd Agrell, a Swedish runologist and professor of Slavic languages, and Johannes Bureus, a Swedish mystic and advisor to King Gustavus Adolphus. In a well – researched narrative, Karlsson decodes the “runosophy,” or higher wisdom of the runes available only to initiates, by looking at rune rows in the context of the wider cultures in which these two esotericists lived, as well as numerical, color and other correspondences, like Cabbala, which is a major theme of Part 2 of the book.

Part 1 covers in depth the work of Agrell, who died in 1937. Agrell posited the theory of the Uthark, an “encryption” of the rune row commonly known as the Futhark. The Futhark begins with the rune for wealth, reward and taming of the “wild.” It is followed by the second rune in the row, Ur, which stands for primordial force and a return to source and the “Ur-cow” that represents the cow Adhumbla in Nordic mythology, the primeval being who fed the first human with her milk. Agrell moved Fehu to the last position, believing the path of the runes began with mastering the primordial energies of fire and ice represented by Ur to the achievement of “civilization” and accumulation of wealth of Fehu. Karlsson admits that while there is little archeological evidence to support Agrell’s theory that the Uthark was used during the Viking age, “it is a magically potent version of the rune row. Even if its historical roots are in dispute, it corresponds to the language and mythologic of the Old Norse culture.” Part 1 continues with an exploration of the meaning of each rune, how pairs of runes work in multiple dimensions in the Nine Worlds of Norse mythology and divination using the Nine Worlds and the Uthark rune row. Karlsson offers rune practices to deepen connection with and understanding of energies represented by the runes: galder or songs; rune yoga; sigils; uteseta, or “sitting out” and meditation, and ritual. He emphasizes throughout the importance of looking at the rune energies as cyclical, not linear. “When you believe you have reached the bottom, new depths are discovered. When you think you are at the end of a path, you will realize that the journey has just begun…When you stand before the completion of Fehu, the gates of Ur will open.” As we connect with the energies, we are led into deeper levels of meaning and understanding; he calls rune work a journey to the roots of the world tree and the underworld, a “Helwegr,” a road into the goddess Hel’s realm of darkness. “In the Nordic Tradition the darkness is the prerequisite for the illumination,” Karlsson says, “The secrets of existence are hidden in the underworld,” just as the world was created from the interaction of the polarities of fire and ice in this tradition, and Odin found enlightenment on the World Tree by staring into dark water.

Part 2 of the book, which I found less engaging than Part 1, focuses on the work of Johannes Bureus, a magician and esotericist who lived during 15 th -16 th c., often compared to John Dee. Bureus’ work, Adulruna rediviva, contains his theory of runology as containing multiple dimensions, including written letters, and esoteric and magical symbols. He called the secret dimensions “adulrunor.” They consisted of 15 runes which he combined into one symbol called “Adulruna.” Karlsson calls this “a map of the universe and of humans’ development through different levels of existence. I imagine this as being similar to the Tarot journey from the Fool to the World. Bureus developed numerologic significations for these runes and worked with Gothicism, a cultural movement in Sweden and Cabbala to further deepen the initiatory path of his Adulrunor. Karlsson explores Gothicisim, Western esotericism and Cabbalistic connections in Bureus’ work in great detail.

Nightside of the Runes is detailed, in-depth and not an easy read. Karlsson has done a masterful job of putting the work of Agrell and Bureus into cultural and mythological contexts. I had never heard of the Adulruna or Bureus prior to coming across this book; it certainly has added a depth to my understanding of rune work, although I do not think I will work with them in this particular way. I will, however, work with the rune practices Karlsson describes in Part 1. I like very much his theory of working with the polarity of light and dark as evolutionary and creative forces and will explore that using the suggestions he offers. If you are interested in deepening your understanding of historical and cultural contexts of the runes and perhaps encountering some new practices, this book is for you.

Thomas Karlsson, Ph.D., is a Swedish occultist and esoteric author. He received a Ph.D. in the in the History of Religions from Stockholm University, where he is senior lecturer in history, religion, and philosophy, a fellow researcher at Yale University, and director of the Esoteric Crossroads conferences in Capri, Italy. The author of Cabbala, Qliphoth and Goetic Magic and Amongst Mystics and Magicians in Stockholm, he lives in Tumba, Sweden.

Nightside of the Runes on Amazon 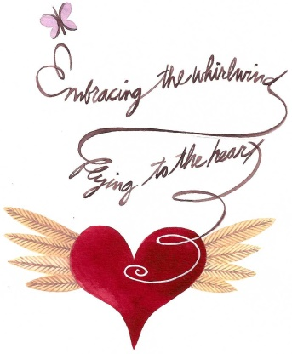