The Goddess Nabia, also known as Navia, is a Goddess of many functions. She comes to us from ancient Lusitania on the Iberian Peninsula, on what is now Portugal.

Her main function seems to be as a Goddess of waters, rivers and fountains, however, She is also worshiped in forested areas.

It is possible Her name comes from the Sanskrit word, “navya”, which means water course. Also, the Portuguese name for ship is “navio”.

Numerous rivers still have the name, as the River Navia in Northern Portugal.

There have been at least 20 inscriptions dedicated to her throughout Western Iberia, which is Portugal and western Spain. Many of these are found near water and sacred springs/fountains.

One of these fountains is the Fonte do Idolo, or the Fountain of the Idol, in Braga, Portugal. This fountain is dedicated to Nabia and most likely depicts the Goddess Herself.

Inscriptions to Her have also been found in Serta in the Castelo Branco region of Portugal, as well as this one from Marecos, and another in Guntin.

An inscription in Marecos mentions animals that were being sacrificed to Her, and indicates that she is a “virgin nymph”, who may also have war attributes. The name of the people sacrificing to. Her were the “Danigo”.

The date of this inscription is April 9, which is now assumed to be her feast day. 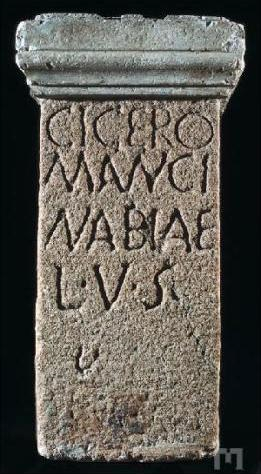 The inscription in Guntin shows a crescent moon carving, which would indicate Her to be a lunar Goddess, as well. There are indications that She is a chthonic Goddess, leading souls to the Underworld by underground streams and springs which were her purview. As with the River Styx, waters lead to the Underworld.

As with most Goddesses, her responsibilities are many, the waters, the mountains, the forests, a Sovereignty Goddess, a lunar Goddess, as well as a guide to the Other-world.

Susan Morgaine is a Priestess, Healer, Witch, Writer, and Teacher.

She is entering her 21st year teaching Kundalini Yoga and Meditation, being a Certified instructor through the Kundalini Research Institute.

She is a Certified Women’s Empowerment Coach/Facilitator through Imagine A Woman International, founded by Patricia Lynn Reilly. She has long been involved in Goddess Spirituality and Feminism, teaching classes and workshops, including Priestessing local Red Tents.

She is a monthly columnist with PaganPages.org Her writings can be found in The Girl God Anthologies, “Whatever Works: Feminists of Faith Speak” and “Jesus, Mohammed and the Goddess”, as well as Mago Publications “She Rises, Volume 2, and “Celebrating Seasons of the Goddess”. She is the author of “My Name is Isis, the Egyptian Goddess”, part of the “My Name is ” series of children’s book. She has also been published in Jareeda and SageWoman magazines.

She is a a Reiki Master and a proud member of the Sisterhood of Avalon. She can be found at MysticalShores.com