I can hardly believe it’s just a little over two weeks after Beltaine, and already I’m writing about The Summer Solstice. 2021 is flying by!

After more than a year of lockdowns, covid vaccines are more widely available, and States are going to start relaxing mask mandates, opening the way for larger gatherings and indoor things. At 37% of the population of the United States now recorded as fully vaccinated, indeed, many are raring to go to restaurants, and birthday parties, as they have foregone all of that for months and months.

Not the top country for vaccinations, though, the US is doing well all things considered, and unless the new strains mutate and the vaccines don’t protect against them, we are on our way out of this pandemic. The New York Times published a vaccine tracker you can see here:

If you are like a lot of people, The Summer Solstice will be your first Sabbat gathering with others, and you are really looking forward to it.

But what is the Summer Solstice even about anyways and why is it scared to Pagans?

The reason this was celebrated by ancient Pagans is they wanted that to grow things, and enjoy the good weather. Today’s people don’t typically have religious observations as much as people of the past did save some Catholics and Neo pagans.

In different places, different practices are held, many of which are secular.

In Norway, Sweden, and Finland, a girl picks seven flowers, while being completely quiet, and believe that if they sleep with those flowers under their pillows, they will have a dream about who they are meant to marry!

Emulating the eternal power of the invincible Sun, fires are lit in many places including Ireland, England, Scotland, Wales, and Germanic countries. The fires can be seen from many hillsides and cliffs in Norway, my friend who was born and raised there told me. In some parts of England, they even do fireworks. In Spain, dolls representing witches or devils are burned in these fires, which are often lit on beaches. The fires that burn the “devils and witches” in Spain are for purification and protection.

In Serbian Eastern Orthodox tradition, they celebrate on July 7- early! One of their traditions is for people to become blood brothers and godfathers at this time in honor of St. John. He is seen as a very strong saint to them because of how he stood up to oppression, and did not back down. King Herod greatly disliked John, imprisoning him for his words, and eventually had him beheaded. Before that, John and his mother had fled into the desert when his father was murdered, and John grew up in what they refer to as “the wilderness.” Images of this saint will show disheveled hair, and he was characterized as eating locusts and wild honey and wearing animal skins. He is considered by many quite the strong man to emulate as a godfather or blood brother, indeed.

Up until the mid 1800’s Norwegians often traveled to a stave church that was built sometime in the 1200’s called Roldal Stave Church. Still standing- amazingly- it has worship services about twice a month to this day, and isn’t a Summer Solstice pilgrimage site anymore, but it’s still flourishing partly because of all the attention it’s gotten. By the 1700’s it was thriving due to generous donations from pilgrims including art and religious items, some of which are still in the church for the public to enjoy. A living museum!

In Finland, many businesses close doors for Midsummer’s Eve, meaning some people will have the day off from work, and Saturday the celebrations are in full swing. Entire families will head out of their hometowns to the countryside for vacationing for a few days, and they picnic, have their fires, and celebrate with lots of alcohol too! Maybe we need to head out there to join them, eh’?

While bonfires, pilgrimages, and blood bonds and other sacred traditional things may happen, many instead observe the Summer Solstice secul arly with gatherings outdoors. From hillsides, church areas, beaches, and backyards, people gather to drink, feast, enjoy the weather, and spend time with loved ones all around the world for Summer Solstice.

If you’re not planning to attend or host a Sabbat gathering, but don’t want to head to a stave church or vacation out of town, there are some simple things you can do to enjoy the Solstice.

Have a picnic or cookout

You don’t even have to leave your own backyard. Set up plates and dine in outdoors with friends and or family, and soak up the rays of the mighty Sun. Is there anything that tastes and smells better than burgers and hot dogs from the grill combined with amazing cold salads, and yummy desserts like s’mores and watermelon? Summer Solstice is the perfect time to eat all these great foods with friends and family. Bon appetit!

Some light fires for purification, others to feed the Sun. That’s right. Some believe the power of a fire set by humans will help the Sun, the center of our Solar System. Some would go so far as to worship the Sun, believing it to be the giver of life, others, just want to show appreciation. Any fire you light counts. A simple tealight candle lit on your personal altar can be just as effective as a glorious bonfire. However, even if you do not have capacity to light a candle, simply flicking on a cigarette lighter or lighting a match to say a few words is ritualistic and honors and strengthens the Sun, even on a small scale.

Get out and enjoy the weather- even if it’s rainy! We’ve come out of the cold of Winter, and the gardens are producing glorious flowers and even some food. Go out and tend your garden, or help a friend with theirs. Or just get out there. Hit a trail, and don’t forget to take your dogs along so they can enjoy the day also.

Go on a Trip

Seeing how many have been unable to travel, is there anybody you want to take this time to go and see who you have been missing? Most especially, think of the people who cannot get out to see you, but who you can travel to. Maybe you don’t want to travel to see anybody, but just to have a change of scenery. Don’t forget cars , busses and airplanes to go far away are not the only ways to travel. Ride your bike or roller skates, moped, scooters, or skateboards. Go out and enjoy creation in any way you like for Solstice.

May the Solstice be joyous for you, however you celebrate it. 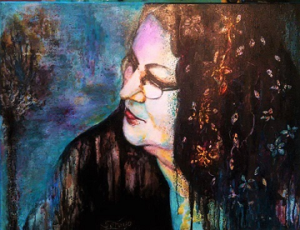