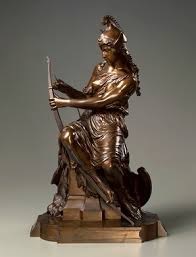 While there may be those who would argue that Hippolyta was not a Goddess, I feel that, since most of her legends describe Her as being the daughter of Ares, She is, indeed, a Goddess.

Hippolyta was the greatest of all of the Amazon Queens. Fathered by Ares, the God of War, who was himself born of Zeus and Hera, She was beautiful and strong, skilled in endurance and weapons. She was a formidable Warrior Woman. It is quite possible that She was trained in combat moves by Ares himself.

Hippolyta and her Amazons lives in Themiscyra, and kept largely to themselves. While they would mate with males from other tribes, they normally did not keep the male children, either sending them to live with their fathers, abandoning or killing them but always keeping, and raising, daughters for future Amazon generations.

Most of the legends of Hippolyta are her being involved in the exploits of men, as one would expect in a patriarchal society. Reading these myths, it makes perfect sense that the Amazons and their Queen would isolate themselves from much of the world.

Hippolyta was in possession of a golden belt, “the magic girdle”, that was gifted to Her by Ares. It was this belt, along with her skills, that made her the Queen of the Amazons. 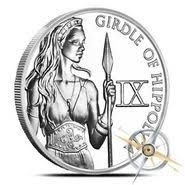 There are at least two versions of Her story with Hercules The first is that the Greeks decided that they wanted Hippolyta’s golden belt and send a raiding party to attack and rape the women warriors. These Greeks were led by Hercules.

She found Hercules somewhat attractive and, as was Her custom, wish to wrestle with him to determine if he was strong enough and that She would not give birth to a weak child. Her followers thought that Hercules was attacking their Queen and, in turn, attacked him. The women lost the battle to Hercules’ raiding party. One version of the story tells that Hercules killed Hippolyta and stole the golden belt. Another version says that She was not killed and gave the belt to Hercules of her own free will. Yet another, says that it was Hera, always the enemy of Hercules, who disguised herself as one of the Amazons, told the rest of the warrior women that Hippolyta was going to be kidnapped by the Greeks, and this is what started the skirmish between the two parties. 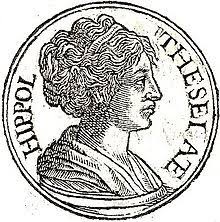 Another rendering of the story tells of King Eurysthesus giving Hercules 12 challenges or labors. The nineth labor was for Hercules to retrieve (read steal) the golden belt from Hippolyta and giving it to his daughter. Again, here, it is said that Hippolyta gave him the belt. The stories differ once again; one says that She gave him the belt because she was so enchanted by him; another says that the challenges were given to Hercules as punishment for killing his own children in madness and rage, a torment brought on by Hera, and that when Hippolyta heard his story, she was overcome with compassion and offered him the belt. Keeping in mind that the Amazons, while being warriors, what they hoped to offer and teach, was peace, making it quite plausible that She gave the golden belt to Hercules.

While Hercules was a demi-god, Theseus was a mortal who also visited Hippolyta at Themiscyra. Theseus, it was rumored, had killed a minotaur. Recalling Her past experience with outsiders, She prayed that no harm would come to her people as She ordered a great feast to be held in his honor. Theseus asked Hippolyta to come on to his ship, which She did. Theseus had fallen in love with Her and asked Her to stay with him. Hippolyta refused, as She wished to stay with Her Amazons. When She went to disembark from the ship, the crew immediately set sail for Greece, with Hippolyta as a prisoner.

The Amazons were furious and immediately followed to retrieve their Queen. Theseus, having no clue he was being followed, started to plan a grand wedding to marry the kidnapped Amazon Warrior Queen. The Amazons planned their attack to take place deep into the night while everyone was asleep, and were able to rescue Hippolyta just in time. Shakespeare tells his version of Hippolyta’s story with Theseus in his “A Midsummer’s Night’s Dream”.

Not surprisingly, the Amazons and their Queen became very suspicious and leery of all visitors. 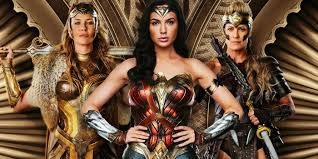 In pop culture, Hippolyta is the mother of Wonder Woman, who was fashioned a baby from clay and had the life breathed into her by the gods.