Celebrating the Old Ways in New Times for April 2021

I write this a little more than a week before the Spring Equinox, and I have exciting news.

For the first time since falling ill a little over 6 years ago- I have found a sustainable job and reliable income. Not Full Time- but this is something I can do for as long as the job is available to me and even if I were to become extremely ill once again. The empowerment of accomplishing something I feared I never would gave me the courage to DO something for myself. I bought myself a necklace as a congratulatory gift.

I have not had a piece of new jewelry in five to ten years.

I almost didn’t buy it. I told my husband it was stupid to buy something beautiful. I don’t wear nice clothes the way I used to these days- and still have not bought many new clothes since the weight loss. So I wear baggy clothes at home to do my work. Why would I buy something nice to wear when I have no clue when I will go someplace to wear it again?

Friends and my husband talked me into it anyways. It arrives in less than a week. I’m stoked, and I cried after plugging in the USPS tracking number, which confirmed it really IS mine, and it’s on the way!

My hope is that everybody reading this is scratching their heads, wondering WHY somebody would feel guilty about such a purchase. It really didn’t cost very much after all. My hope is that all of you treat yourselves without a second thought, and enjoy things and life without feeling guilty.

Some of us are not so lucky. Some of us were programmed from birth to put ourselves last, if we even thought about ourselves at all, and that to want even one thing is wrong, selfish, and the road to damnation.

At age 45, I am STILL deprogramming myself and relearning that I matter too, but some days, I really struggle to accept that I am as deserving of happiness as everybody else is. I know plenty of people who have the same problem, and combating that mindset is a daily battle for too many people.

Two little words are the very most magical things you can say that will help you in a struggle like this. Maybe you are not having issues with feeling deserving, but you feel walked all over, and not listened to in your job or relationships.

Are you the “go to” person who everybody has solve all their problems, sometimes at the very last moment, and it seems like people are constantly putting you in charge of remedying emergencies that they themselves sometimes have created?

Are you the one who picks up the phone no matter when or where, and or drops all you are doing to do whatever it is somebody else wants you to?

Have you found yourself carefully saving money for a new whatever it is you have been looking forward to, and somebody you know comes out of the woodwork with a sob story, and you fork over every last cent because you feel so bad for them?

Do you put hopes and dreams on hold because of other people, and struggle to find time to return to these things when you have finished helping these people out because you want to see who else needs you more than you need yourself?

Can you think of some similar scenario where you basically allowed yourself to be screwed over, taken advantage of, used, abused, or simply unappreciated?

There are two magic words that is the solution to all of these situations and more.

Saying “No” to other people is the single most empowering thing you can do to take back control of your own life.

Alright, let’s be fair- some of these things cannot be helped. Who ignores the fact they have elementary school children at home and decide to go live like a nomad, seeing the whole Country alone in a van? And there will be times there is an emergency at work, and staying over late for a week is something you need to do.

Those reasonable situations are not what I am talking about.

Things like agreeing to take on a double workload without a pay increase instead of taking the higher paying job that has better benefits out of a misplaced sense of loyalty to a shitty company is what will earn the magical big fat “NO” to that company.

Dumping a mooch significant other who wants to pursue their dream of becoming a famous “artist” and not taking a job while establishing themselves because they expect YOU to pay all the bills on your minimum wage job earns guess what? A “No.” and an emphatic, “Get the hell out.”

Tolerating verbal abuse from your family members at gatherings to “keep the peace” and not “rock the boat” and feeling like garbage every single time when nobody else in the family takes up for you or tells the abusers to shut up? “Are you coming to Thanksgiving, “they ask. Tell them “No. Not until the abuse stops”. And have Turkey Day with friends or in the peace of your own home sharing with the cats.

Learning the magic of a well placed “No” is just the beginning of the greatest magic you can work in your life.

The second word, and step two is even more difficult for some of us.

That’s right. Saying yes comes next. Saying no prunes off the bad things, and cuts out the bad people and experiences. This isn’t for the sake of hearing the word “No”, but to make room for the right things.

You have learned to say “No” to the wrong things, and it’s time to replace those things with the right things.

Take that higher paying job, and if you don’t want to spend all that extra money, put it into a savings account, your 401K, or make some wise investments. You’ve earned it.

So you dumped the no good freeloader significant other? Good. Now you are free to date decent people who treat you the way you deserve!

And you aren’t going to tolerate being talked down to by family. That’s a little trickier if you don’t cut all contact. Once they behave, and you go back, if they try to get started again, say “You are doing it again” and if it doesn’t stop, leave, telling them you will visit with them when they can act right. They either lose a good family member, or they treat you properly in the long run.

Saying “No” to the bad things and saying “Yes” to the good things is something we all deserved to have been taught how to do growing up, but not everybody is so lucky. Unlearning tolerating the bad and relearning accepting only the good does not happen overnight, and people will try to push you back into the old habit of being a doormat for a while. You may lose some “friends” and at first you may question whether it’s even worth it because of the struggle. Old habits, even bad ones are familiar, and comfortable. New habits are hard to establish.

But I’m telling you that it is EVERY bit worth it to do right by yourself.

A wise old Heathen once told me “If you pull down your pants and bend over, people WILL kick you.” Those words have stuck with me.

The magic of saying “No” to toxic people and the wrong things and saying “Yes” to yourself and the right things is a long-term conscious working. But if you do it long enough, it will eventually become automatic.

If your struggle is with not saying “No” when you need to and “Yes” when you deserve to, put aside all other magical workings, and focus exclusively on this until you have mastered it.

You won’t be sorry you did.

If it’s permission from somebody to do these things you need- I am telling you that you have the permission from your gods, guides, your higher self, and all the people who truly do care about you. You deserve this. 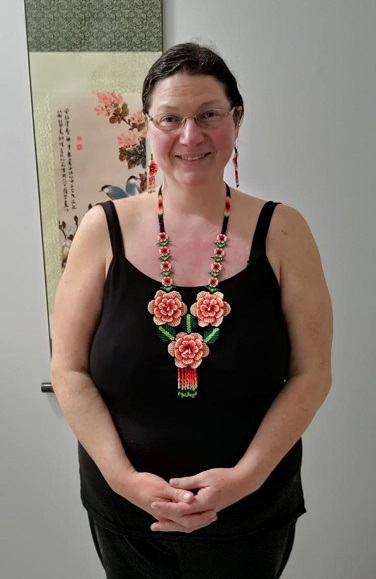