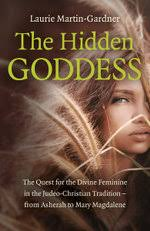 Evidence of Goddess worship goes back 25,000 years. In this book, Laurie Martin-Gardner presents well-researched evidence of the goddess’ wide worship among early Hebrew people citing archaeological and Biblical evidence. In the 1970s, evidence came to light that began to show that the mother Asherah was honoured alongside the father Yahweh. Although this evidence remains highly contested among traditional Hebrew scholars that view Yahweh as the one and true god, this makes sense when linked with what we know about ancient Hebrews who saw life as a balance between forces: “Recognizing the duality of nature and the need for both male and female energies, the Mother Goddess stood as an equal to the Father God for millennia.”

Martin-Gardner chronicles the persistent opposition by ancient peoples over six centuries to worshiping only one god. As soon as Asherah poles were taken down by Hebrew kings wanting to obey the new laws of Yahweh, others would be erected in swift order. She continued to be worshiped in sacred groves throughout the ancient world. A study of both versions of Genesis shows that the veneration of the feminine (showing up as Lilith–the first and equal wife of Adam) continued, even as some wanted to paint her as a villain. Again and again, throughout the centuries, the feminine aspect of life returned with her compassion and humanness refusing to be extinguished:

The comforting presence of the Mother Goddess had been forcibly removed, leaving the people at the mercy of a merciless Father God. The Hebrew people had sworn an oath to Yahweh to serve no other god but him, but still they felt the emptiness left from the departure of the goddess. It is no wonder that, eventually, they found a way to incorporate the feminine back into their faith in a way that did not contradict the belief in One God.

This book presents information gleaned from the perspective of a female theologian and scholar. As in many disciplines, women have entered the worlds of theology and academia and are now questioning assumptions that men who have studied these texts have made for thousands of years based on their lived experience as women living in a world shaped by the narrative of men. The Bible is one such book.

In recent years, as feminism has grown into a worldwide phenomenon, women have begun to reclaim the power stolen from their foremothers. No longer willing to retreat into the shadows, women have embraced Lilith’s desire for independence, equality, and sexual freedom. Her name has become a rallying cry for those wishing to separate themselves from outdated patriarchal attitudes. Long shunned for being weak and subservient, Eve is now praised for her desire for knowledge and for the bravery it took to reach for it.

Martin-Gardner also makes interesting connections to the ways in which the Bible stories were overlaid on top of older pagan stories and celebrations, further making connections between the Bible stories and the pagan Wheel of the Year. For some Christians, worship of Mother Mary is today still much stronger than that of God; Latin countries build shrines to her on roadsides today like they did in Early Christian times. People make pilgrimages to sacred sites to honour her. Ironically, it was women like Mary Magdalene that helped fund and spread Jesus’ ministry in early times. This feminist take on the ways the face of the Goddess appears in the Bible is a refreshing read for those of us who abandoned the monotheistic religions to embrace pagan practices. As much as the patriarchy has tried over the millennia, they have not been able to abolish Goddess worship. Even modern people in monotheistic religions are reclaiming the Israelite goddesses of old as a balancing force to God the father. This book is an eye-opening tour through the history of the divine feminine’s suppression and the hope of her great rising again in our time. May the Goddess remain unburied forever more.

Today, Marian devotion is alive and well throughout the Catholic and Orthodox churches…With the power of Asherah, the curiosity of Eve, the passion of Lilith, the faith of the Shekinah, and the heart of the Virgin, the goddess is being reborn.

The Hidden Goddess: The Quest for the Divine Feminine in the Judeo-Christian Tradition – from Asherah to Mary Magdalene on Amazon 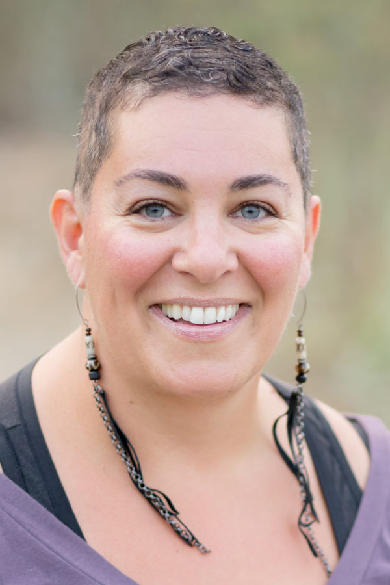 Jennifer Engrácio has been a student of shamanism since 2005. Jennifer is a certified teacher who has worked with children in many different education settings since 2001. She is a certified shamanic coach, reiki master, and lomilomi practitioner; in addition, she runs Spiral Dance Shamanics. Originally from Vancouver, Canada, she now lives in Calgary, Canada with her life partner.

Engrácio participated in self-publishing three books that are now available:

“The Magic Circle: Shamanic Ceremonies for the Child and the Child Within”

“Dreaming of Cupcakes: A Food Addict’s Shamanic Journey into Healing”

Dreaming of Cupcakes: A Food Addict’S Shamanic Journey into Healing on Amazon 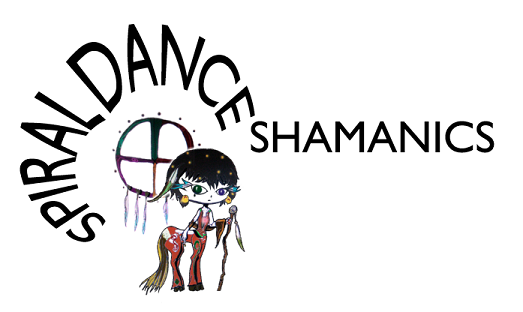